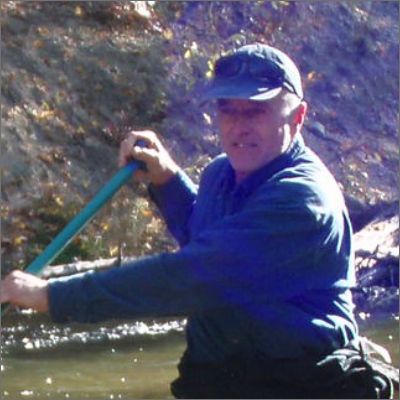 Owner Operator since 1971, Mark has made his passion into his livelihood. Going way back – way, way, way back. As a teen, Mark would pay older classmates to give him and his buddies rides out from Cadillac to the Pine River, just so they could enjoy the day out on the river. It has been a love affair ever since. After a short stint at Aquinas college in 1970, having realized college wasn't for him, Mark secured a small loan from his father to buy into his uncle's canoe business. The following year, Mark ended up buying the rest of the business out. The rest is history – culminating in the Pine River Paddlesports Center.

Mark has helped tens of thousands of people discover and rediscover a love for the outdoors. Just as the river has served him well, he too has served the river well, having organized and been a part of many river cleanups to haul out the litter that is too often unfortunately left behind.

The Pine is as much a part of Mark as he is of it, if there's any historical or ecological question you have of the Pine, he's the one to ask.